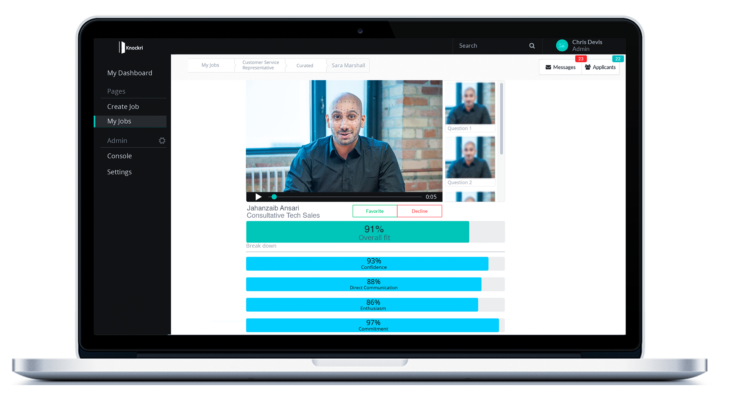 Obviously, all of these features benefit whoever is doing the hiring, but it could also benefit applicants, helping them avoid altogether a job for which they’re simply a bad fit. There is evidence that as many as 70 percent of workers may be in positions for which they are not well suited.

To Jamie Schneiderman that is a “huge problem” and it’s one of the reasons why he launched Toronto-based Career Spark “We set out with a mission to get people into the right jobs,” he says, adding that the end result is “happier people and a more productive company.”

Schneiderman knows from personal experience how important personal satisfaction can be. After earning a master’s degree in business administration from Harvard, he worked with some large, well-known companies but “I found my career unbelievably frustrating.”

Neither employers nor employees, he adds, want to make poor decisions, but avoiding them requires that they do things differently. Career Spark uses artificial intelligence to play matchmaker. Every applicant (the company says it has worked with 5,000 companies in the past 11 years and collected data on 1.5 million people) answers a series of questions. “Then our system can combine people together to build ‘success profiles’ on a role-company-industry basis,” Schneiderman explains. “I can take a person who’s applying to a company and automatically match them with the job for them.”

In some cases, that may not be the job the person has applied for, but ultimately the best match is what’s important for everyone. And for Career Spark’s large clients, who have to fill thousands of jobs every year, it’s a huge benefit. Some want applicants to see only openings for which they are suited; others show them a list of all potential jobs and then keep people who qualify on file for when an opening appears. Employers also receive the information they can use to make better decisions throughout an employee’s career. Career Spark’s patented “predictive analytics platform” can formulate custom career paths so companies can provide employees the training they need “to have a more fulfilling and successful career,” Schneiderman says.

Also, like Knockri and Plum, Career Spark says its process increases diversity because applicants are shortlisted strictly on the basis of how they perform during the screening. “Our system doesn’t know how old you are, what sex you are, your ethnicity, your religion,” Schneiderman says. “It can’t see you. It can’t judge you. It’s solely looking at every single person in an equal, unbiased way.”

Plum’s MacGregor describes AI-assisted screening as “the top of the funnel” — at the other end, employers see only a list of applicants who meet, or are close to meeting, the criteria they have set out. In some cases, qualified candidates are right under their noses. The psychometric assessments that are used can bring to the fore people already on staff who would otherwise escape notice. In such cases, companies avoid the time, energy and financial burden of employee turnover. “We have candidates who were previously overlooked surfacing,” MacGregor says. “The short list of candidates ends up being far more diverse.”Of course, when humans take over, bias can enter the process, but at least the pool of available talent is better.

AI alone has not made these advancements in hiring possible, as MacGregor notes. Instead, to work properly, the technology has to be married to the lessons of industrial-organizational psychology — the study of how we behave in the workplace — or the machine will just replicate the errors of the past.

Rather than simply automating something that is faulty and outdated, she says, “our belief is you have to redesign the system to get a better result.” Just as training can combat unconscious bias in the workplace, AI “provides us the opportunity” to overhaul the hiring process.”

Schneiderman agrees and says that, because it can learn, AI can adapt by adjusting on the basis of the information it is given. Like a child, “it doesn’t have inherent biases.”

The potential catch, then, is that AI still depends on the humans who input the data. But the companies using it say they strive to ensure that their criteria remain as objective as possible. There is no point in promising to find the best person for the job if someone like Jahanzaib Ansari is disqualified simply because of his name.

Our Mission:  Getting everyone in their right jobs to drive success at work. Check out our case studies→

Is your organization considering investing in AI for HR?  Read this first! 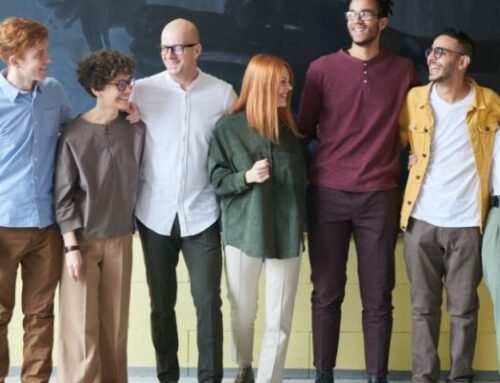 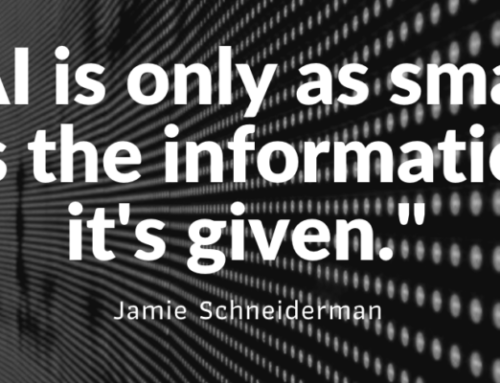 How to train your AI Gallery

How to train your AI 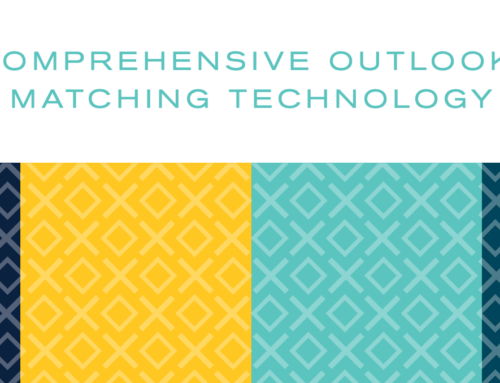